Many cities have names which are or include references to paleontology based on the local terrain or history of the area. Naturally, post offices within these cities carry their names in hand or machine postmarks, precancels, etc. and these are quite collectible. One problem is finding examples but the greater problem is in knowing which names to look for. 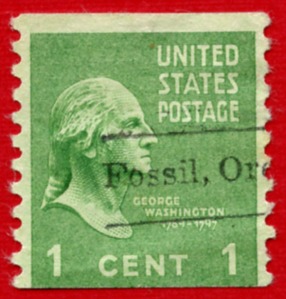 I’ve been asked which ones I know of, so the following list of names is what I’ve found to date, excluding names of scientists. This list may be of some assistance to you when you’re looking through stocks. I’d be pleased to add to this list should you know of any further examples.